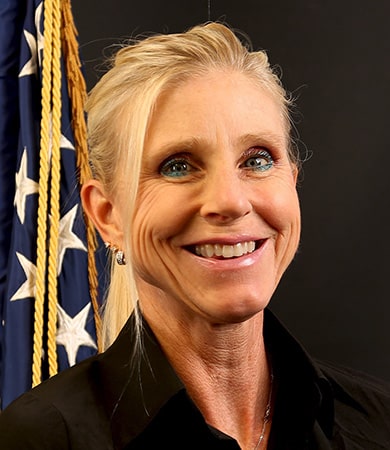 Since late 2014, she has been the Safety Director for Naval Facilities Engineering Systems Command Southwest (NAVFAC SW). NAVFAC SW is a Navy command with approximately 3,400 personnel with multiple locations in California, Nevada and Arizona. During that time, she has managed a complete overhaul of the safety program and department, restructuring the organization, reviewing and updating all programs, improving staffing and retention, and has started to prepare the command for OSHA’s Voluntary Protection Program (VPP) quality status. During her tenure, the Command’s in-house Days Away Restricted Duty (DART) rate has dropped in half, decreasing the number of injuries and severity of injury as well as worker’s compensation costs.

From 1997 to 2014, Ms. Dunaway worked for NAVFAC SW in various positions, such as Civil Engineer, Supervisory Environmental Engineer, Liaison Officer and Supervisory Utilities Engineer. Just two years after arriving at NAVFAC SW, she received the Engineer of the Year award for the Command. She also is a graduate of NAVFAC’s Leadership Development Program (LDP).

Recently she completed her training to earn the Professional Safety and Health Officer Certification from University of California at San Diego’s OSHA Educational Institute. She is also an authorized OSHA 10 and 30 hour trainer.